Martin Bernetti / AFPChileans decide on changing the constitution on Sunday, 4

oh Chile This Sunday, the 4th, it decides whether to ratify a new constitution in place since the dictatorship of Augusto Pinochet (1973-1990), which, although reformed during democracy, violates market laws on education, health and retirement. Limit state interventions. This is one of the most important elections in recent years, and it could lead to a profound change in the nation’s model. The current text encourages the privatization of basic services, which is seen by society as a source of inequality in the country. The new text, written more than a year ago by an assembly with progressive tendencies and equality between men and women, declares Chile a “social state of law” and a global leader in issues such as the fight against the climate crisis. Type of equality of rights. The result, expected to be tight on both sides, will be known within hours of polling. There is a prediction that the President of Chile. Gabriel BoricMake a statement on national television, regardless of the odds of winning.

More than 3,000 polling stations across the country began receiving ballot boxes on Friday night, as 15.1 million Chilean voters said “Apruebo” (I approve) or “Rechazo” (Reject, regarding the new text. To ensure security, from 8 a.m. (Brasilia time ) more than 26,000 soldiers will man the polling stations, which will be open until 6 p.m. “Everything is in order, and the armed forces will mobilize to control the polling stations in the next few hours so that we all have a good process,” Defense Minister Maya Fernandez said on Saturday.

Recent opinion polls on voting intentions have indicated that the trend of rejecting the text continues, but experts consider the situation open because, for the first time, voting is universal and compulsory, and there are a large number of voters. It’s been years since the referendum. Rejecting the proposed text would keep the Magna Carta, although President Gabriel Boric has already announced the convening of a new electoral process that will be carried out with the mandate of an October 2020 referendum, in which almost 80% of Chile were in favor of changes to the document. In support of approving the new constitution, the head of government traveled to his hometown of Punta Arenas, 3,000 kilometers south of Santiago, yesterday to vote early in the morning before returning to La Moneda Palace. “For the first time, it is a fact that Chile and Chileans will democratically decide the content and form of the new constitution, without a doubt, it will happen or will happen on Sunday, something that can be violated” , Boric said. “I believe in the wisdom of the Chilean people,” the president added. It is the first compulsory vote in a decade in a country that has seen high turnout rates in recent polls. 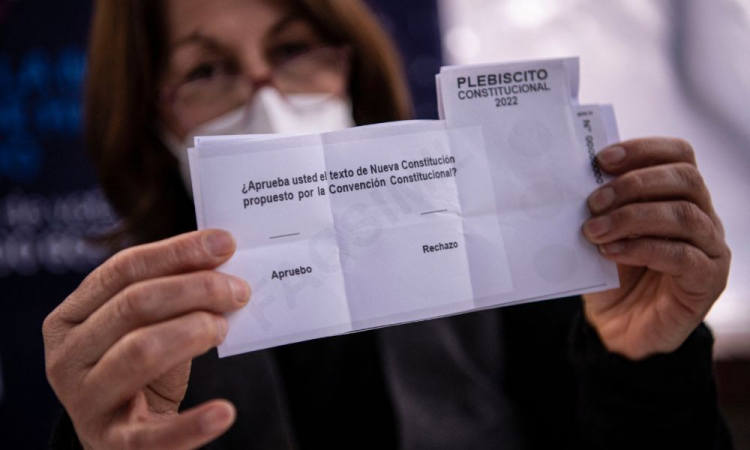 The Criterion Institute has indicated that 84% (12.6 million) of voters intend to go to the polls in the last few hours, signifying a “revolution in participation”. A recent study on the text by Criterion indicated that 42% of respondents disagreed with its content based on what they had heard or read. While about 28% consider it average, 26% consider it exceptional. Its supporters believe the new charter has the potential to transform a once-conservative country with glaring social, ethnic and economic divisions. They also believe the new rules are fundamental to a more egalitarian Chile. Its detractors already fear that the changes could lead Chile into the abyss.

What will happen if the draft constitution is ratified?

*With information from EFE and AFP