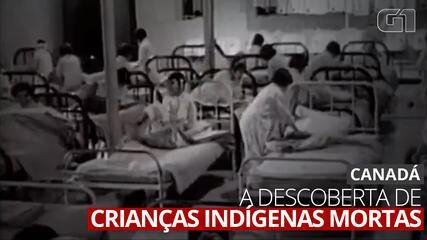 Video: The terrifying discovery of the remains of 215 tribal children in Canada

The inverted statues were in Manitoba. The law took place on Canada Day, a holiday in the country, which commemorates the formation of the federation in the country.

Canada was colonized by the United Kingdom – to this day, a parliamentary monarchy that recognizes Elizabeth II as its Queen.

Recently, about 1,150 children’s graves were discovered at former Canadian government educational institutions for aboriginal students managed by the Catholic Church.

The search began after a researcher found the remains of 215 tribal children at an unused school.

Tribal groups decided not to celebrate Canada Day because the bodies were found.

In the capital, Ottawa, a protest took place near Parliament, in which they demanded that the holiday be canceled.

Prime Minister Justin Trudeau has acknowledged that this is the worst holiday of all time – the date is usually celebrated in public.

He said in a written statement that the discovery of the remains of hundreds of children on the sites of former schools in British Columbia and Saskatchewan had forced them to think about its historic failures and the injustices still being done to the tribal people. “As Canadians we have to be honest about our past,” he said.