Oh Taliban Declared a “general apology” throughout Afghanistan On Tuesday (17) he called on women to join his government in an effort to reassure the population (and the international community) that the group has changed.

The militants all said they should “return to their daily lives with full confidence” and urged government employees to return to work normally.

The Taliban are trying to portray themselves as more moderate than they ran the country between 1996 and 2001, And adopted the most stern view of Islamic law, imposing restrictions on women above all, who were barred from working and studying.

As part of this effort, A Taliban spokesman was interviewed on Tuesday by a female presenter without a burqa on the Dolo News television network..

“The world now recognizes that the Taliban are the real rulers of the country,” Behsta Arkand host Mawlavi Abdul Haq told Hemat. “I’m surprised people are afraid of the Taliban.”

But many Afghans (and the international community) are skeptical. Adults remember conservative Islamic views, which include stoning, beheading, and public execution..

Understand in the video below why women will suffer the most as the Taliban return to power:

Afghanistan: Women will be more vulnerable as the Taliban return to power

Enamullah Samangani, a member of the Taliban Cultural Commission, said the new government “does not want women to be harmed.” “According to Sharia law, they must be in the governmental system” (not to mention how Islamic law is interpreted).

Other Taliban leaders have said they will not retaliate against the Afghan government or those working abroad. But some say the militants are looking for them with lists of people who have collaborated with the government Obscene.

UN High Commissioner for Human Rights (UNHCR) spokesman Rupert Colville said that “these promises must be respected” and that for now, they have been accepted with some skepticism.

“There have been hard-won advances in human rights over the past two decades. The rights of all Afghans must be protected,” a UNHCR spokesman said.

In the meantime, The German government announced that it would suspend financial aid to Afghanistan. – and the Taliban’s efforts to design a softer version may be aimed at ensuring remittances are sent.

Amid mixed signals, Afghans tried to return to normal life in Kabul on Tuesday. Many shops reopened, traffic was heavy and people returned to the streets of the capital.

But some are still scared – especially women, who often avoid going to the streets.. The Taliban have arranged for the flow of vehicles and set up checkpoints in the city. 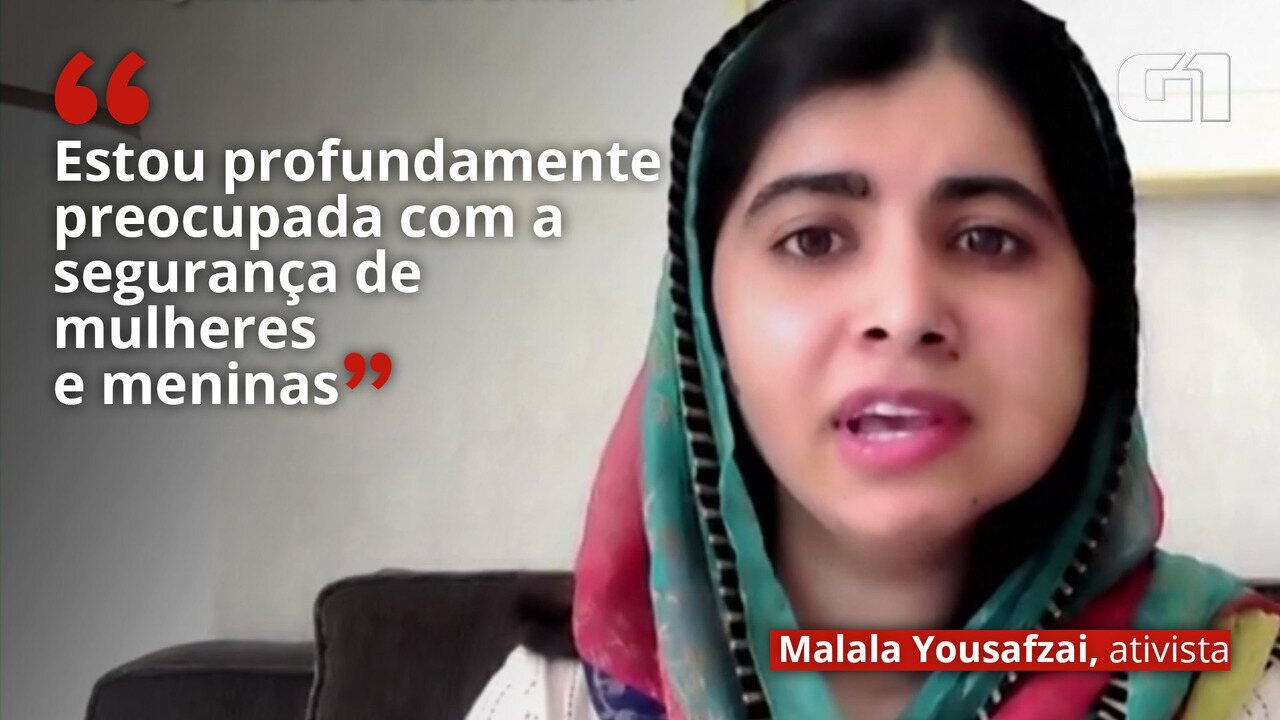 Malala: ‘I am very concerned about the safety of women and girls’

The Taliban returned to power with a lightning strike, seizing all the provinces The capital is Kabul Within two weeks. Many cities fell without a fight, and Afghan President Ashraf Ghani has fled the country (See below).

The attempt to return to “normal” life occurs a day later Scenes of chaos and deaths at the airport have been recorded From the capital, thousands of people fled the country and occupied the runway.

In the midst of frustration, the Afghans boarded the parked planes and stuck to the planes that were about to take off.. The videos show how people fall from the sky after departure (See below).

The Taliban came back to power

People are trying to leave Afghanistan The Taliban captured the capital, Kabul And return to power after 20 years. The President of Afghanistan left the country and the Presidential Palace was captured Not Sunday (15).

The fall of Kabul came earlier than the United States had predicted: U.S. intelligence estimates that the Taliban will reach the Afghan capital in September..

The United States was ousted in 2001 after the Taliban attacked Afghanistan in the aftermath of the 9/11 attacks. He was accused of concealing and financing members of the militant group Al Qaeda, A terrorist group commanded Osama bin Laden And responsible for the fall of the Twin Towers.

In February 2020, the then US President, Donald Trump signs peace agreement with Taliban This led to the total withdrawal of troops from Afghanistan by April this year. The current President of the United States, Joe Biden kept the contract and postponed the full eviction until the end of this month.

Most US-led forces withdrew from Afghanistan in July The Taliban took advantage of the withdrawal and advanced rapidly across the country, capturing all provinces and the capital, Kabul, within two weeks..

Watch videos of the Taliban’s progress in Afghanistan: