The last soldier United States Left Afghanistan Monday night (30) marked the end of the longest 20-year war in American history. When Taliban Took over the military airport in Kabul. More than 20,000 people crossed the border PakistanThe main destination for refugees, from there some will try to reach Europe. 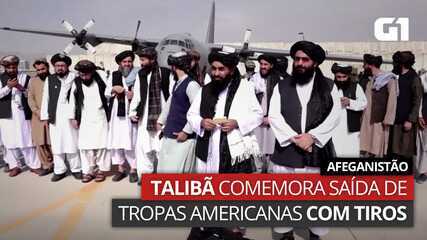 Thousands of Afghans are trying to leave their country by road. According to the United Nations High Commissioner for Refugees (UNHCR), 515,000 refugees have recently fled Afghanistan. This flow will undoubtedly continue. The UNHCR is preparing to expel half a million or more people from Afghanistan in the coming months, mostly to Pakistan. Currently, about 20,000 people cross this border every day, three times more than normal. 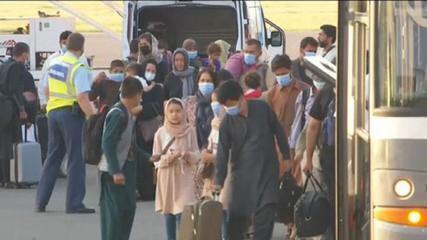 UN warns of new migration wave; Half a million Afghans are expected to leave the country by the end of the year

Pakistan already has 3 million Afghan refugees, mainly those who fled the country during the war against the Soviet Union or the civil war of the 1990s. Half of them have no documents and are in an illegal situation.

The arrival of these refugees is the biggest challenge for Pakistan, which is facing a major economic crisis highlighted by the Govt-19 epidemic. However, despite initial talk from Pakistani officials that it does not want to receive refugees, the country is still opening its doors.

It can be found in the Pakistani capital Islamabad. Hotels are preparing to make some demands to accommodate the arriving refugees. Neighboring countries such as Pakistan will act as the first evacuation of refugees before moving elsewhere.

Since the departure of the Americans, Kabul has become a “ghost town,” in the words of a local resident. “There are not many people on the streets. Our country is collapsing and sinking,” he says.

He says the economy was already weak before the Taliban came to power. Banks are closed, there is no more cash flow, people are hungry, they have no money to buy food or rent. A car that cost $ 9,000 a month ago is now worth a third, for the same homes.

Civil society activists, journalists, those who have worked with foreigners and those who are still unable to leave the country are afraid. Many have snuck in with friends and rented other homes. Residents of Kabul say they received a visit from the Taliban. They interrogate, intimidate, search homes, confiscate goods and cars. Terrorism has already reached a section of the population.

If the Taliban wins, the pocket of resistance will remain: Panshir Valley, the stronghold of General Masood, was killed in a suicide attack on September 9, 2001. He was a key figure in the opposition to the Taliban. His son Ahmed is already in the area.

Abroad, the Afghan diaspora is also mobilizing. Messages are sent through social media under the hashtag #FreeAfghanistan.